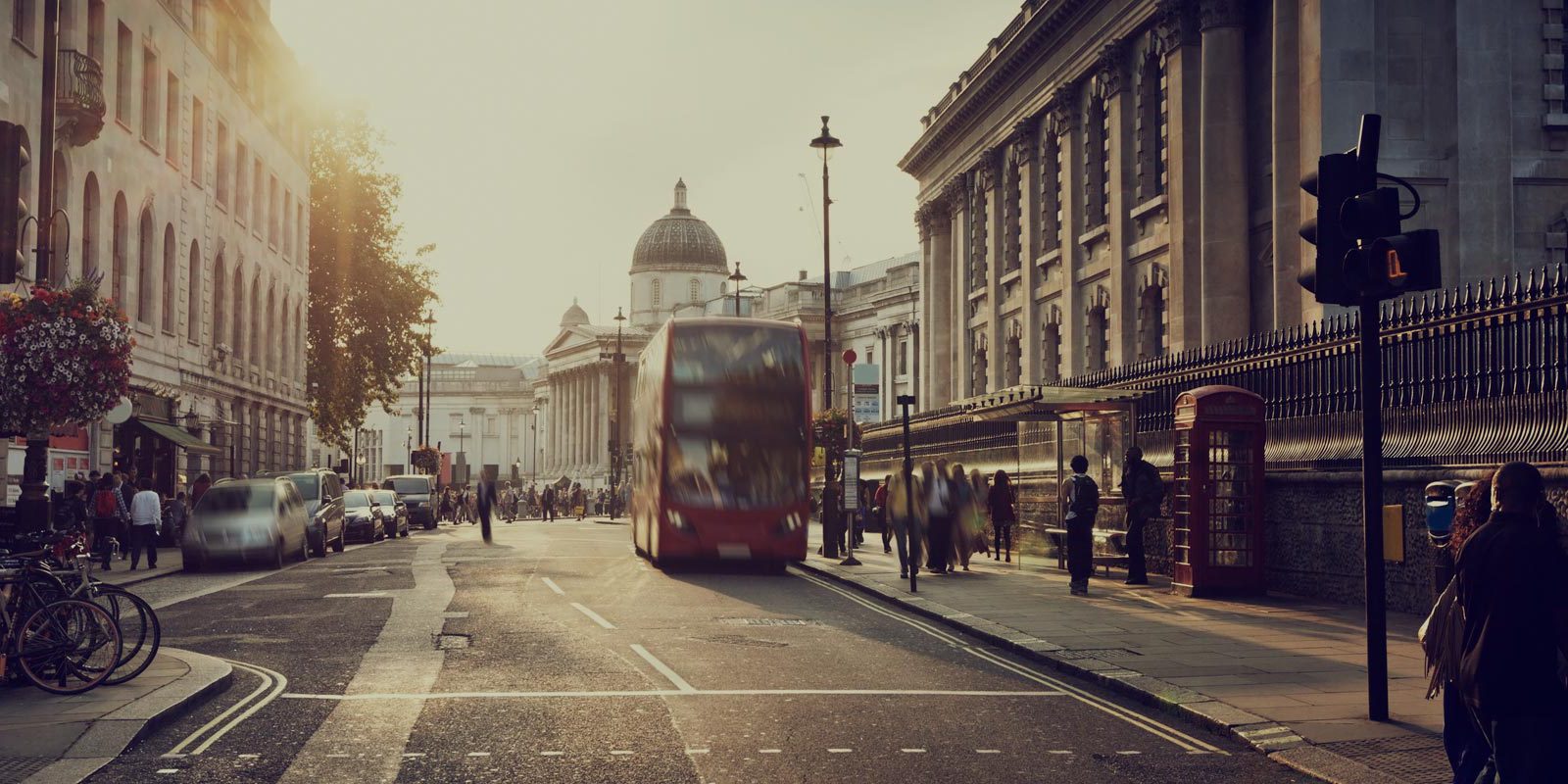 The London Borough of Hammersmith and Fulham forms part of Inner London. Traversed by the east-west main roads of the A4 and the A40, many international corporations have offices in the borough, as well as Chelsea, QPR and Fulham football clubs and Westfield shopping centre.

The local council is Hammersmith and Fulham London Borough Council, responsible for a population approaching 200,000 residents, with a wide range of security and public safety issues to contend with. Hammersmith and Fulham are a leading light in the CCTV world, having recently been awarded the inaugural and prestigious ‘CCTV Team of the Year’ award by the Metropolitan Police, for services to crime prevention and detection. Among other reasons, Hammersmith won the award for helping smash a high profile criminal case, where they were able to provide the Met with effective real time tracking of several suspects and their associates, as they went about their criminal business across the borough.

With over 1000 cameras on its books and an exemplary track record in CCTV management, Hammersmith and Fulham were asked to take over and integrate the scheme with the 58-camera scheme of the neighbouring authority – Royal Borough of Kensington and Chelsea. The smallest borough in London and the second smallest district in England, this urban area is however one of the most densely populated in the United Kingdom, with over 150,000 people living in a very small area. As well as world famous department stores such as Harrods, Peter Jones and Harvey Nichols, the borough is home to numerous embassies in Belgravia, Knightsbridge and Kensington Gardens. It is home to the Notting Hill Carnival, Europe’s largest. Whilst containing many of the most expensive residential districts in London and even in the world, its jurisdiction also covers districts with high levels of social housing and poverty.

Hammersmith’s council manifesto states that there is a commitment to increasing overall CCTV coverage, and within that to also increase the deployable CCTV capability of the borough. This created a significant dilemma for CCTV Development Manager, Andrew Stocker, who now has the newly added borough of RBKC under his wing as well.

Respectful of the council’s wishes, Andrew and his team were tasked with finding deployable solutions that worked. That was the problem. Andrew has never liked deployable CCTV, because in his own words “It doesn’t work”. He feels that the cost is outrageous, and the technology is not fit for purpose. To give a real-life example, Andrew cites a £40,000 quote for three so-called ‘deployables’ that won’t integrate into the council’s platform.

Hammersmith trialled the ‘leading technology’ and it was shaky to say the least. Around 30% of the time the system didn’t work for various reasons; it was non-responsive, and latency was in double figures. Not acceptable. The challenge was clear. Could the council manifesto be successfully delivered without compromising safety and security and running up a huge bill for technology that didn’t work?

Andrew was introduced to Stewart McCone of Vemotion, who had ‘another latest technology that was going to change their lives.’ Andrew’s scepticism was short-lived as he witnessed Stewart performing a live demo, successfully, time and time again. The technology clearly worked, but Andrew saw that it was not currently packaged up exactly as he would want it, to rapidly deploy on poles around the boroughs.

To meet the specific needs of the client, Vemotion developed a bespoke kit for Hammersmith. The live demo worked instantly, and Andrew saw an opportunity to deploy four of the cameras for the Chelsea Premier League Champions’ parade on 25 May 2015. Could Vemotion deliver?

You bet. Hammersmith and Fulham are now the proud owners of the very first four of these pole cameras in the world, designed especially for them. The cameras were delivered the week before, with all four cameras being deployed on the Friday afternoon to be tested. All four Vemotion cameras worked perfectly, first time.

Hammersmith reports that the latency is so low, it is amazing and unprecedented with deployable CCTV systems. Andrew and his team have found Vemotion’s technology useable in a real-world environment, unlike all the other so called ‘wireless’ deployable CCTV systems. Even with 1000s of people using the local mobile network, the technology was robust enough to continue to operate seamlessly.

With world class Premier League footballers like Costa, Hazard and Terry enjoying their moment of glory for an incredible title victory, little did they know that the squad as well as the public were being monitored and kept safe by constant live streaming of the event into the control room at Hammersmith town hall. The the day passed without a hitch; Andrew was unable to make it as he was on annual leave, so he logged in to Vemotion’s secure portal on his tablet and watched a live stream of one of the cameras from the beach in Florida!

“Vemotion is a breath of fresh air. It’s like working with a traditional company that cares about your needs and how their kit can help. Their ability to listen and develop products and solutions very quickly in response, is a real feather in their cap and should serve them well in this and other markets.

I couldn’t believe my eyes when I saw a deployable CCTV system actually working in all scenarios – first time every time. It’s what everyone has sold in the past as a concept, but nobody has delivered. Now we have the real deal and it works everywhere. I have confidence in it so recently we used it at Polo in the Park held at Fulham’s Hurlingham Park. In half an hour, we had it deployed. People were so impressed; the organisers want to use it at all their future national events.

Vemotion’s pole cam developed for us offers no loss of connection and can operate over low bandwidth using GPRS as well as 3G. Stewart is designing a bracket for us that will allow one-person deployment, whereas now it requires a two-man team. I am sure Vemotion will deliver on this promise, as they have done on all previous promises.

Competitors are driven by volume sales, whereas Vemotion instead listened, thought carefully, and then developed the product we really wanted. The first generation Vemotion prototype was head and shoulders above anything we have seen before, in terms of its ability to do the job.

Their solution offers cheap data comms with no tie-in to any provider; and a low cost of ownership.

Just stick in a SIM and go. We’re already deploying another six cameras across the borough and looking to order at least 20 more as soon as possible. Vemotion offers a collaborative common platform of opportunity, and I don’t see any reason why you wouldn’t buy one. If I needed deployable again, Vemotion is the only viable solution. It has worked faultlessly, continuously for over a month, and I am confident it will work for us again and do just the same for others, too.”

“Andy and his team at Hammersmith and Fulham have proved what can be achieved by taking a dynamic and positive approach to CCTV management. Despite an increasingly difficult economic framework, Andy has found ways to innovate and get best value for the council, whilst not losing focus on the real task in hand – crime prevention and detection and public safety.

We realise that balancing all the conflicting priorities a CCTV Manager is faced with is not easy. Yet Hammersmith and Fulham have shown how it can be done, putting the emphasis on what really works and comparing what really can be achieved by deploying different types of technology. Too often the CCTV debate has been driven purely by cost, when the best solution will always save money in the long-term. In the case of Vemotion it will save you money in the short-term as well. Vemotion recognises the capability and sustainability of the technology and we search for real life applications, and organisations and individuals who share the vision of what is possible. We are talking about secure, reliable, authorised cross-agency CCTV collaboration, the like of which has never been seen anywhere in the world before.”

Live CCTV From Mobile Van Units
15th December 2020
Go to Top
We use cookies on our website to give you the most relevant experience by remembering your preferences and repeat visits. By clicking “Accept All”, you consent to the use of ALL the cookies. However, you may visit "Cookie Settings" to provide a controlled consent.
Cookie SettingsAccept All
Manage consent