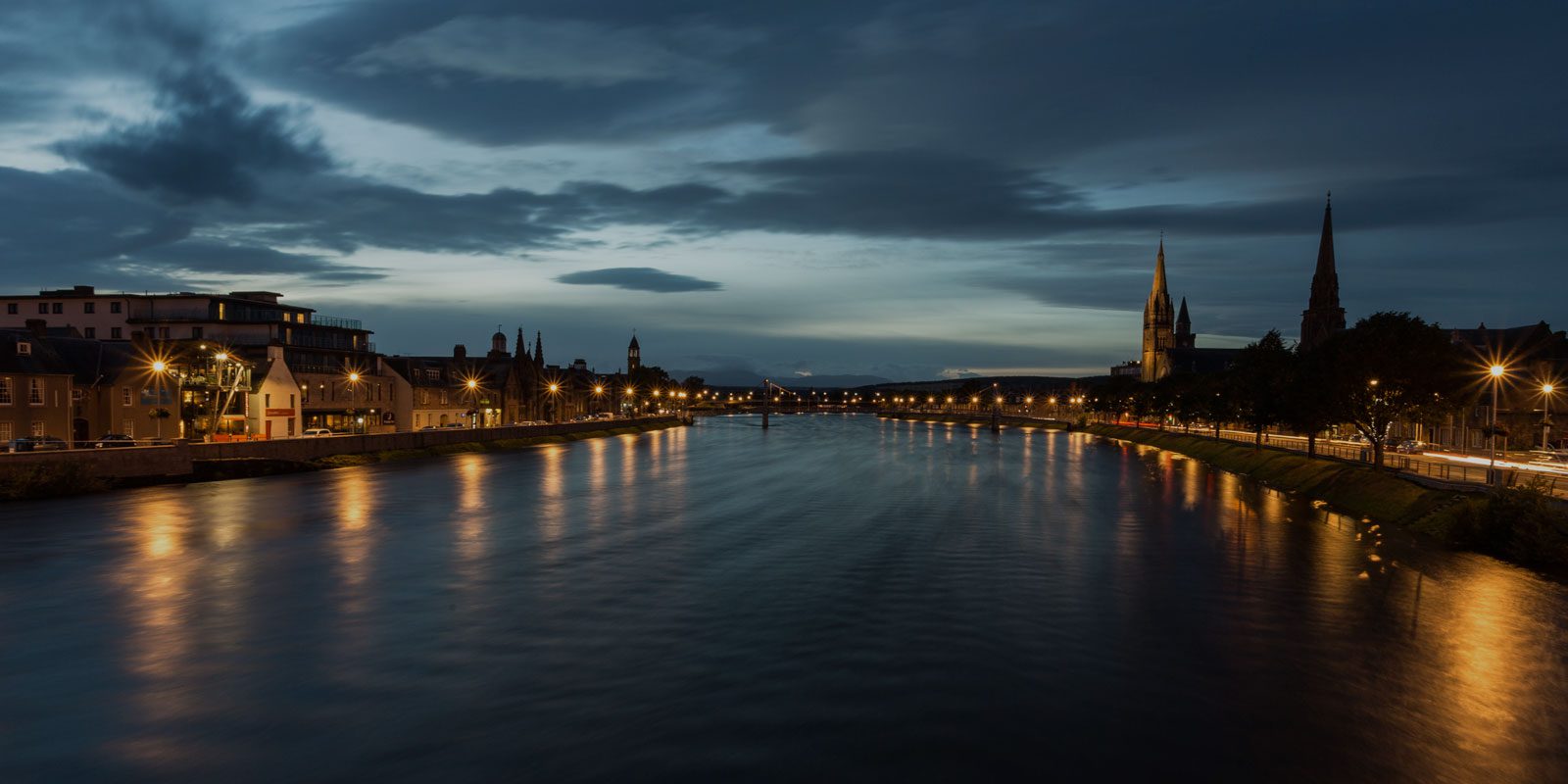 The Highlands Council benefits from a state of the art CCTV control room in Inverness Police Station but needed to roll-out public space CCTV coverage to a further nine regions. Covering some 120 miles from Wick in the north to Inverness (the northernmost city in the UK) presented a significant challenge for the council to solve.

Many of the areas requiring coverage are well known for mobile signal blackspots and given the cost of radio and fibre solutions, the council was faced with the conundrum of securing the necessary CCTV coverage at a cost-effective price.

Given the significant investment in the new control room, any system adopted and deployed would need to be able to integrate seamlessly with existing technology and existing legacy platforms to deliver one seamless solution.

While Inverness benefits from a good infrastructure, the remoteness of some outlying regions could not be used as an excuse for CCTV being unable to deliver.

Communications Manager Gary Black had heard of Vemotion and when CEO Stewart McCone offered to come up and deliver a presentation and practical demonstration of what Vemotion could do some 18 months ago, an understandably sceptical Black felt the council had nothing to lose by giving McCone a hearing.

The challenge was not one for the faint of heart. Link up the Highland Council’s nine core areas with a CCTV public space solution, with quality images that could all be fed directly in real time to one central location, while at the same time, meeting the council’s budget requirements. A second stage of the project would also need to deliver a workable traffic management system capable of controlling the traffic lights to improve traffic flow and address congestion issues.

Stewart McCone duly delivered his presentation and Black and his team were suitably impressed with the practical demonstration and decided to progress the initial stages of the public space project, with the traffic management segment to follow successful delivery.

Since that meeting 18 months ago, eight public space areas have been successfully covered. In the last eight months of operation, the CCTV operators have been delighted with the results to date and the speed of the system coming fully on line.

Fort William (the latest addition) in the South West came online in mid-April and adding the town second only to Inverness in the Highlands in terms of population was the last major piece of the puzzle.

Costs had to be kept under control and Vemotion came in with a superior system that was proven to work and at a cost significantly lower than other options on the market. In addition, the initial three-year contract includes maintenance as part of the package – giving the Highland Council complete peace of minds – and no nasty surprised in terms of any hidden or unexpected costs.

With the public space project in its final stages, work has now commenced in the traffic management project, which is currently being rolled out across two preliminary sites with more to follow later in 2016.

“Highlands Council has responsibility for all CCTV from Wick in the North, Fort William in the South West and of course Inverness in the North East. The distances involved are considerable and on investigating radio and fibre options, they were just too expensive, which led us to consider the Vemotion solution.

Thanks to Vemotion, we have the results and the system we needed in an effective and affordable package. The system could be installed and operated at a 10th of the cost of fibre and this represents a considerable cost saving to the Highland Council. When you factor in the comprehensive three-year maintenance package too, using Vemotion was simply a no- brainer from a financial perspective.

The system had to work and Vemotion has simply exceeded expectations. The products are great, and Stewart and his team are first class. Nothing is too much trouble and they respond instantly to any questions or problems we have. They are one of the few companies I have ever worked with who came prepared to prove they could deploy a working system. Vemotion also gave the council the time to consider the options before reaching a decision.

The results have revolutionised the control room. The room is staffed by council employees and they are delighted. Image quality is perfect, and we can now view from one central location and co-ordinate the necessary responses throughout the areas we are responsible for.

It’s all the options that make the system practical and unique. I can view the feeds on my office PC and even on my mobile phone. This means that no matter where I am, if someone calls with a problem or a question, I can immediately access the camera in question and look, even take direct control, if I need to.

The traffic management project is now being rolled out over two sites with more to follow. I have no doubt it will prove just as powerful and practical as the public space solutions.”

“When we first met with Gary and his team back in 2014, it was clear what they had in mind for the Highlands would be a significant undertaking but one we felt Vemotion could assist with.

Successful deployment in areas with poor mobile phone signal is a Vemotion speciality and while this represented a significant project for us from a financial perspective, it was also an opportunity to demonstrate not just to Gary, but to other clients just what Vemotion can do, even with the most demanding of briefs. Our team still get a buzz out of seeing the response from satisfied clients and it was once again one of the highlights of the project in the Highlands.

It is natural for people to turn to radio and fibre as options and while they do work, the cost can be prohibitive. The challenge for Vemotion is to get more people to realise that there is an alternative available at a fraction of the cost of fibre. Seeing is believing and once people see Vemotion work in a live deployment that is usually enough. Vemotion works and we are more than happy to prove it.

We appreciate that many councils are under pressure with respect to budgets and being able to help them secure the results they need, at a price they can afford is always satisfying.

With one public space site left to go and the traffic management scheme now being introduced, we ae looking forward to completing the project for the Highland Council in the weeks and months ahead”